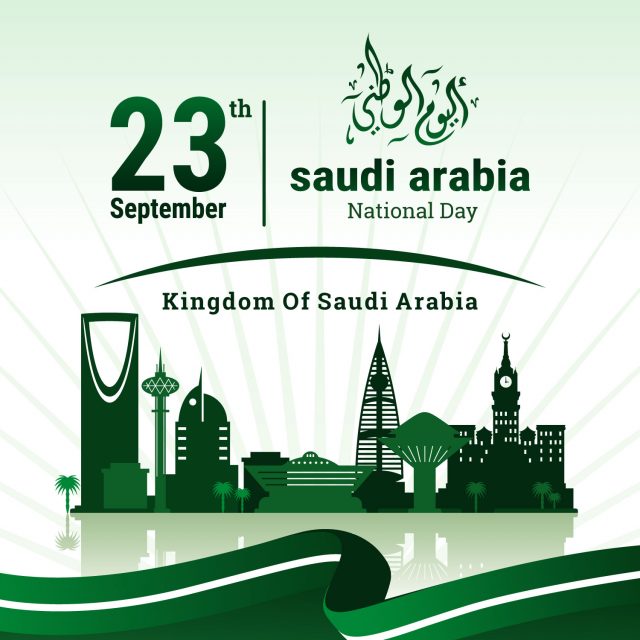 King Abdulaziz was able to conquer the oases of Riyadh in 1902; and al-Hasa in 1913, and by 1925, he unified both Nejd and Hejaz after defeating the forces of Sharif Hussein in 1925. On 23 September 1932, King Abdulaziz changed the name of his realm to his family name, the House of Saud.

Saudi National Day is celebrated with folklore dances, songs and traditional festivals. The roads and buildings are decorated with Saudi flags and people wear green and white dresses, there are also green and white Saudi balloons all around the kingdom .